This is a guide that focuses on data-driven optimization of Outbrain campaigns.

There are two cardinal items that must be setup correctly for you to succeed with Outbrain ads.

First a general rule of thumb is to apply optimizations at the campaign level; not the account level. There are certainly exceptions to this rule; however, this guide is based on campaign adjustments.

Block Sections with No Conversions 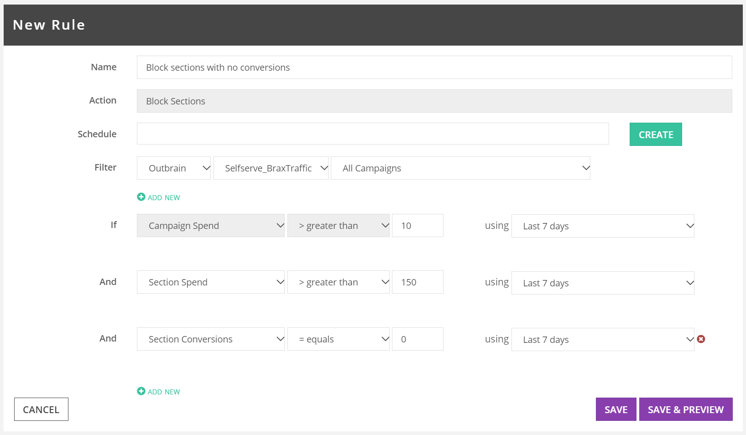 Block Sections with No Sessions

Section Clicks is greater than 10 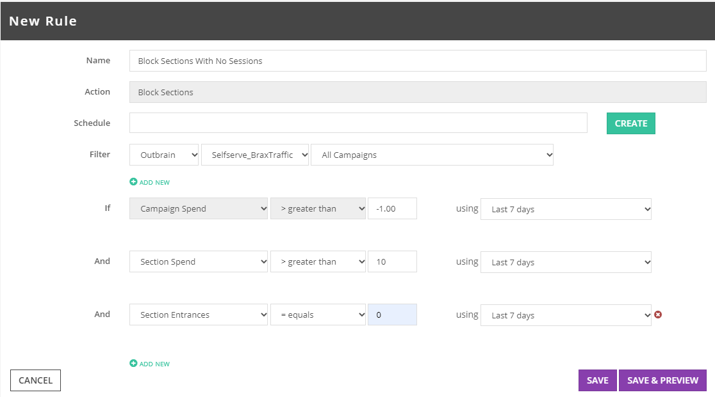 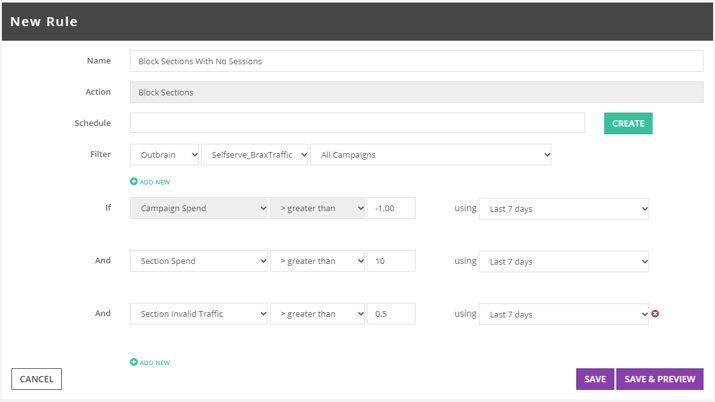 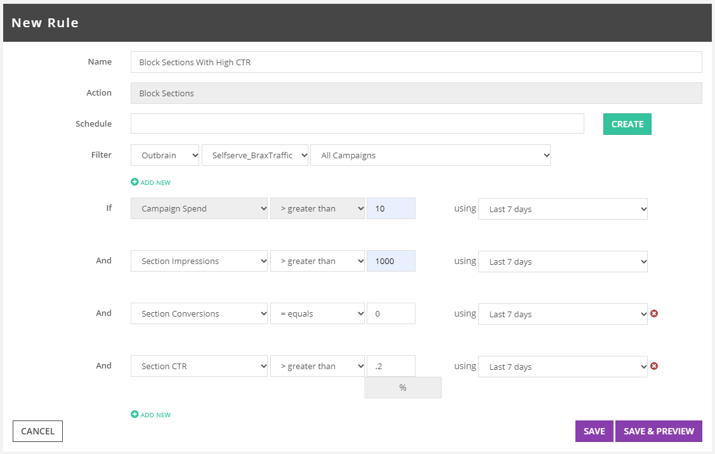 Decrease Bid on Sections Above CPA 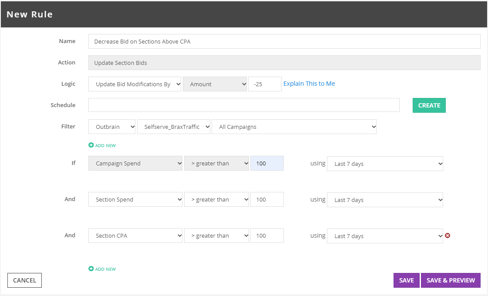 Increase Bid on Sections Below CPA

I recommend a campaign spend of $10, ads & publisher spend of $5 at a minimum. You should have a CPA goal (or similar replacement) and base it on 3x the cpa goal. For example, a $10 cpa goal uses a minimum of $30 for campaigns/ads/publishers before adjusting. The common exceptions are obvious fraud or poor performance.

Usually the best approach to Outbrain ad optimization is to start with a manual process to work out the kinks. Then progress to a more automated process.

Make your operation efficient with the rules above. Once you have defined, tested and trust rules then you are ready to automate.