This is a guide that focuses on data-driven optimization of Taboola campaigns.

The screen shots are from Brax; however, you can apply these manually in Taboola Backstage - I just find it tedious.

There are two cardinal items that must be setup correctly for you to succeed with Taboola ads.

First a general rule of thumb is to apply optimizations at the campaign level; not the account level. There are certainly exception to this rule; however, this guide is based on campaign adjustments.

Block Sites with No Conversions 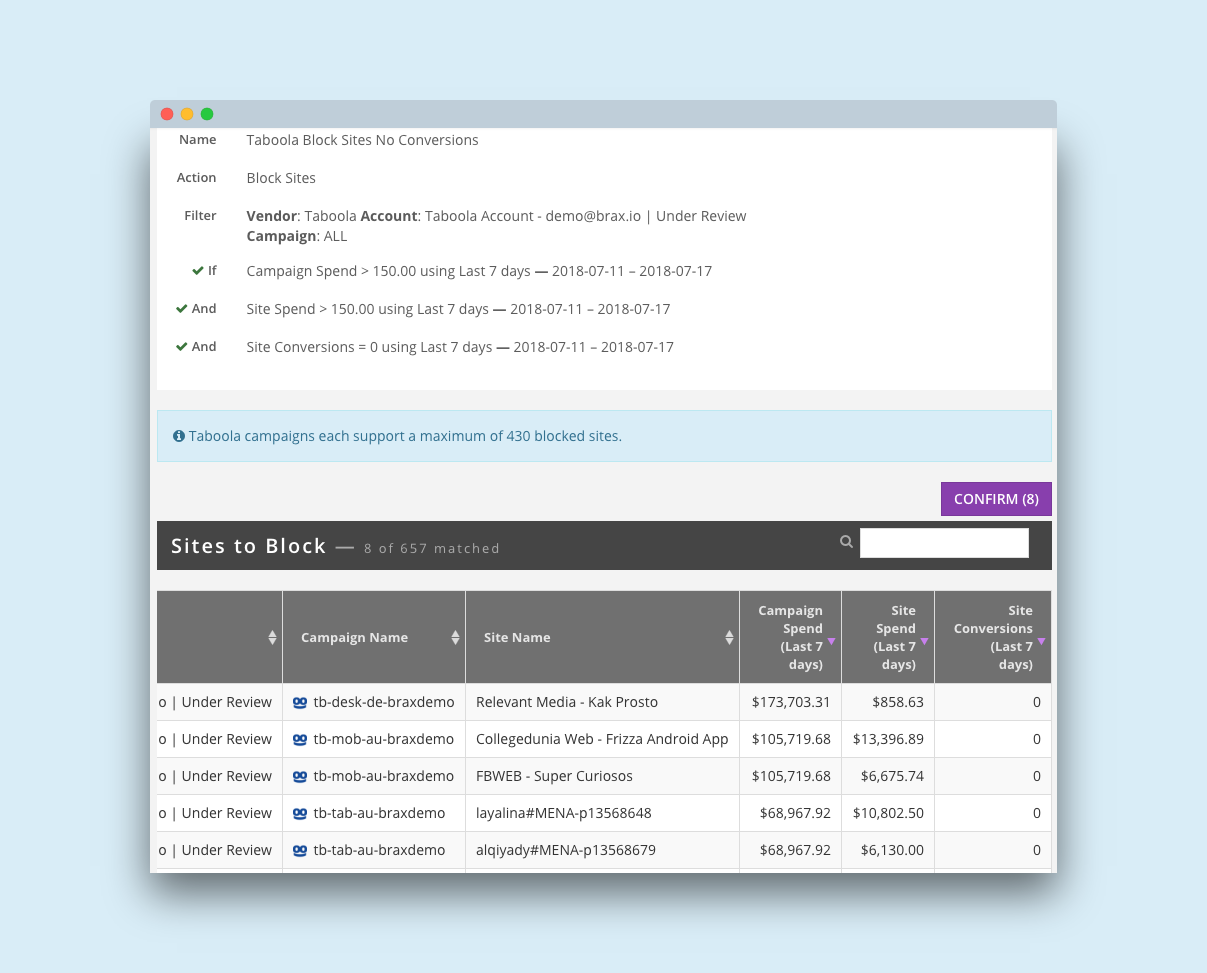 Block Sites with No Sessions 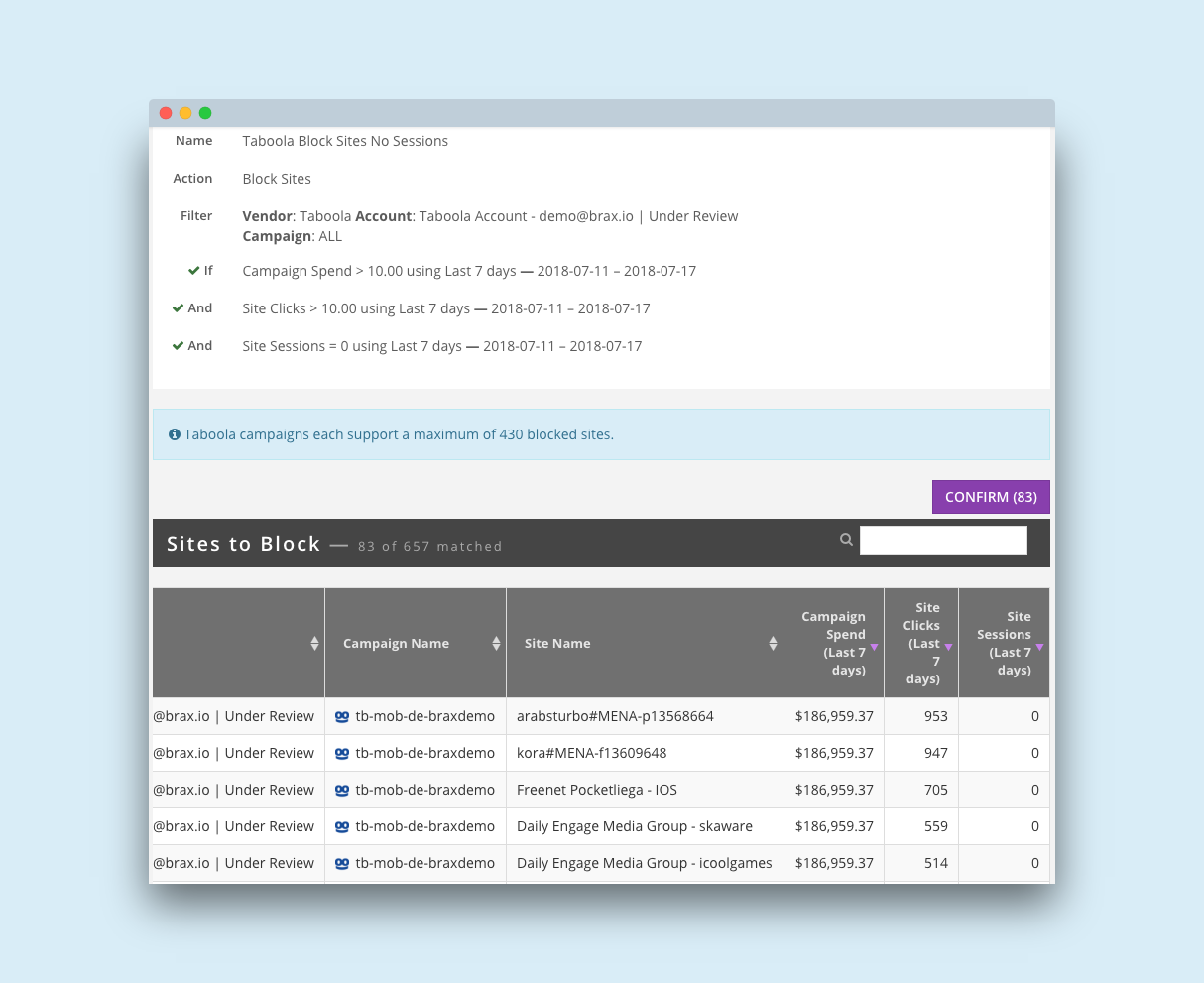 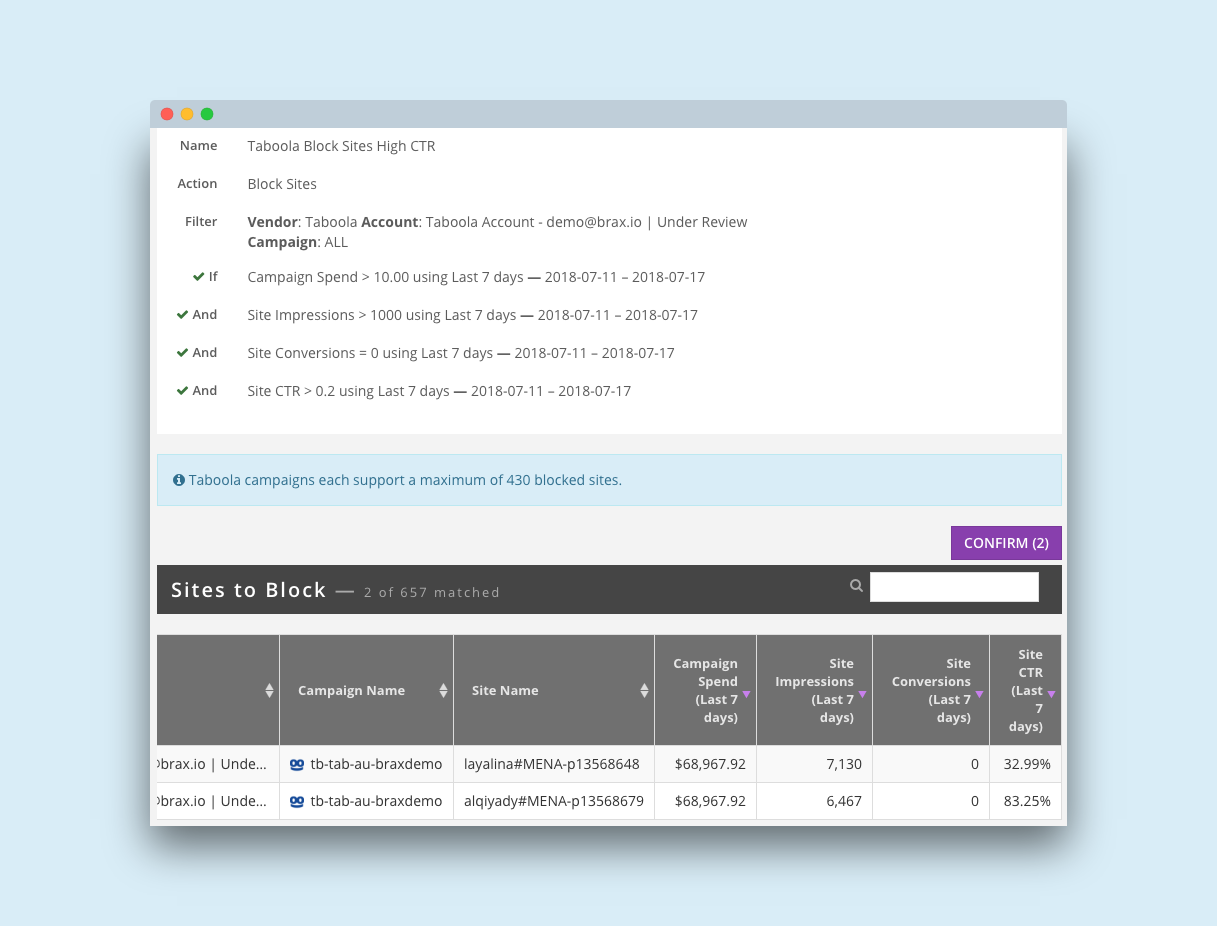 Decrease Bid on Sites Above CPA

Increase Bid on Sites Below CPA 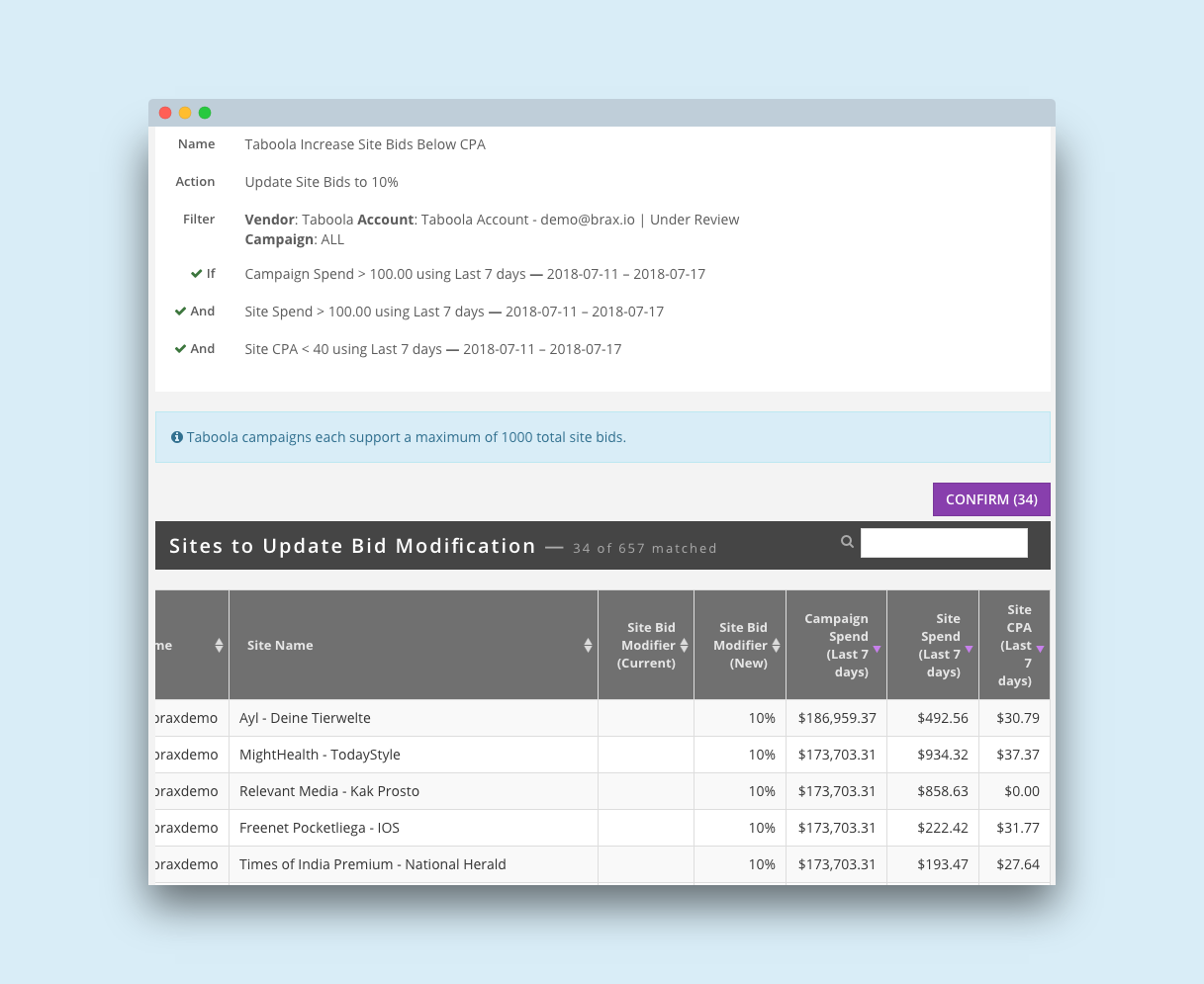 I recommend a campaign spend of $10, ads & publisher spend of $5 at a minimum. You should have a CPA goal (or similar replacement) and base it on 3x the cpa goal. For example $10 cpa goal use a minimum of $30 for campaigns/ads/publishers before adjusting. The common exceptions are obvious fraud or poor performance.

Usually the best approach to Taboola ad optimization is to start with a manual process to work out the kinks. Then progress to a more automated process.

Make your operation efficient with the rules above. Once you have defined, tested and trust rules then you are ready to automate. Here is a guide to automating rules.