Overcome Banner Blindness and Ad Fatigue in 2022 with Native Ads

Right now, people are so overwhelmed with advertisements that advertisers don’t know what to do to get through to them. In order to get noticed and make an impression, companies will have to start using other methods of advertising other than banner ads. 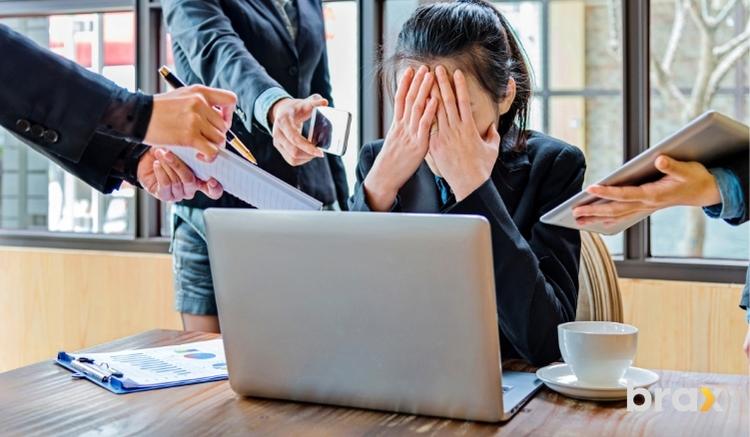 Banner blindness is a real problem. People are so used to seeing banner ads that they no longer pay attention to them. This can ruin an advertisement because if people don’t see it, they can’t learn about the product or service being offered, and the advertiser will just spend money for nothing.

But who can you promote your services if you don't have a lot of following? How can you reach new markets if you don't advertise?

Before we jump into the solution, let us first discuss what banner ads are and why people develop an aversion to them.

What is a Banner Ad?

Banner Ads are a kind of advertisement that you see on websites. People sometimes call them Display Ads, and they are placed on different parts of a webpage: at the top, at the bottom, at the sidebar, and even within the content; areas where visitors' eyes are generally drawn to.

It is said to be the most overused type of ad—everyone in the world who has ever set foot on any online property is bound to see at least one in his lifetime. And if that person frequents a good number of websites on a daily basis, then he or she will be seeing them more often.

What is Ad Fatigue?

Ad fatigue is the phenomenon of people becoming overwhelmed with advertising to the point where they start to ignore it. The constant exposure to ads can lead to people becoming desensitized to them, which can reduce the effectiveness of the ad.

Ad fatigue can also refer to when people are so inundated with ads that they start to avoid certain websites or types of content because they don’t want to see the advertisements.

Now that we know what banner blindness and ad fatigue are, let us discuss some reasons why people develop these conditions.

Why do People Develop Banner Blindness and Ad Fatigue?

Banner blindness is caused by repeated exposure to multiple advertisements without any new type or format of advertisement coming in. This creates a sense of what’s called “advertising fatigue,” and people will eventually ignore banners.

An average person sees around 10,000 banner ads per day. After seeing the same ad multiple times, people start to ignore it; people are so used to seeing them that they have become "blind" to them. The human brain is actually designed this way so that we can focus on other things. 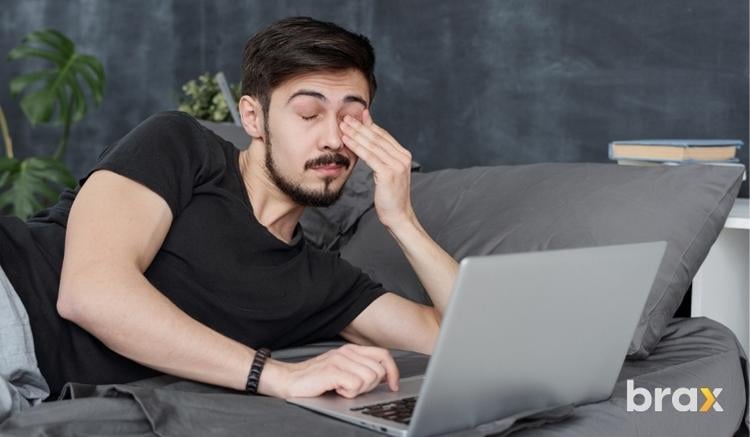 Banner blindness isn’t just a problem with web banners but all types of advertising, including television commercials and print ads.

In the same vein, people develop what is called “ad fatigue” when there is too much advertising. The human brain can only process so much information at a time, and when it’s constantly barraged with ads, people start to tune them out.

Tips on How to Avoid Banner Blindness

So, what can we do about banner blindness and ad fatigue?

There are a few things that companies can do to combat these conditions.

1. Make sure to use different types of advertisements.

One way to stand out from the crowd is to use rich media advertisements that include video or interactive elements. These types of ads are more likely to grab attention and hold it long enough for the message to sink in.

Don’t just stick with banners, mix it up and use other types of formats such as video, social media posts, push notification ads, and even email marketing. This will keep things interesting for the viewer and they won’t get bored of seeing the same thing over and over again.

Another way to make sure that your ads are noticed is to make them interactive. This can be done by using gamification or by asking the viewer to answer a poll right on the banner ad. 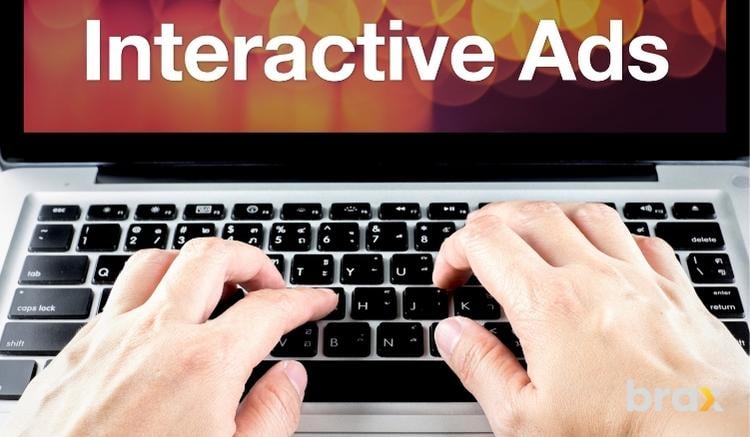 If you keep showing the same ad over and over again, people will start to ignore it. Try to switch up your ads every once in a while so that people don’t get used to them.

This also goes back to point 1—using different types of advertisement formats.

Finally, it is important to use effective calls to action in your ads. Users should be able to quickly understand what you want them to do and how they can do it. If the call to action is unclear or confusing, users will be less likely to take action.

Not all banner sizes are created equal. Some work better than others, so it’s important to test out different ones to see which ones get the most engagement. In addition, you should also experiment with different placements. Some banners perform better at the top of the page while others work better at the bottom.

Testing is the key to finding the right combination of banner size and placement that will work best for your company.

One way to keep people from getting ad fatigue is to make sure that your advertising is relevant to them. When users see ads that are relevant to their interests, they are more likely to pay attention to them.

Native ads are advertisements that look like regular articles or posts. This makes them less noticeable and more likely to be seen by people. They also don’t take up a lot of space, so people won’t get overwhelmed by them.

Native ads are designed to blend in with the surrounding content, making them less likely to be ignored. They come in many different forms, from in-feed units to sponsored listings, but all share the same goal of being unobtrusive yet useful.

By disguising ads as content, native ads are able to bypass the filters that people have developed for banner ads. In addition, native ads are often more effective than banner ads because they are less intrusive and more relevant to the user's interests.

What's more, native ads have been proven to be more effective than traditional banner ads, with higher click-through rates and better engagement.

Banner blindness and ad fatigue are two of the most significant barriers to advertising success. The best way for an advertiser to combat banner blindness is by using native ads wherever possible, because they provide a better user experience than banners or pop-ups. 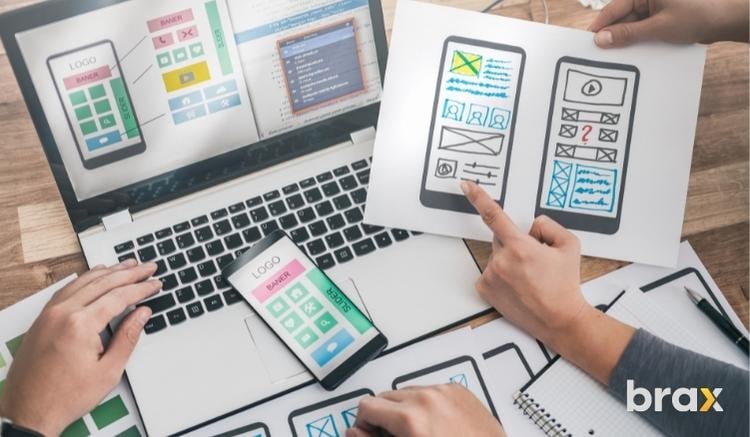 A native ad is an advertisement that is integrated into the content of a web page or app. They look and feel like part of the user interface, which makes them much less intrusive and easier to ignore. As a result, users are more likely to pay attention to them.

While native ads can be effective, they also require a different approach than banner ads.

Here are some tips for making the transition from banner ads to native ads:

What do you hope to achieve with your native ads? More clicks? More conversions? Higher brand awareness? Defining your goals will help you determine which type of native ad to create.

Whether it’s increased brand awareness or more click-throughs, it’s important to know what you want to measure before you launch your campaign.

2. Select a native ad format that best matches your goals.

Contrary to popular belief, there isn't just one form of native ad. In fact, there are a variety of different types, each with its own strengths and weaknesses.

The available ad format depends on the native ad network you plan on working with. For reference, have a look at our article on The Ultimate List of Native Ads Providers for a comprehensive list of native ad networks that you can use.

No matter what type of native ad you create, the most important element is the content of the landing page itself. It needs to be compelling and relevant to your audience in order to succeed.

Take the time to create an interesting headline and body copy, and make sure the images are high-quality and relevant.

For reference on how to create the best landing pages, check the following articles we've created on this topic:

Images are a critical part of any native ad campaign, and you'll want to use ones that are both captivating and relevant. 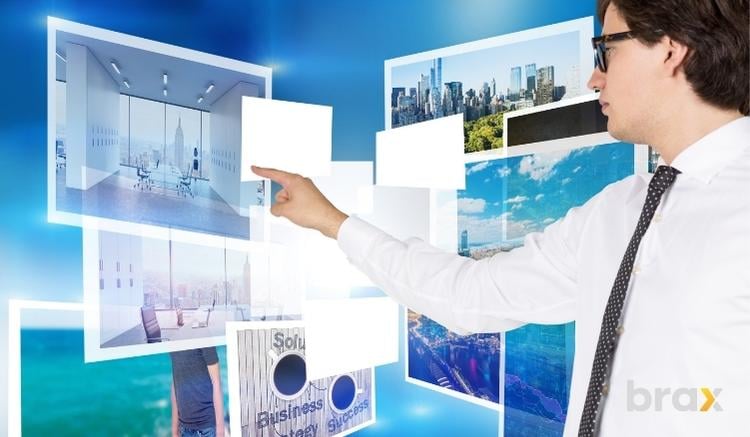 Avoid using stock photos if possible, as they often look generic and uninteresting. Instead, try to find images that are specific to your product or service. For more information on how to select photos, read The Secret to Choosing Images That Make Your Native Ads Irresistible.

If you're not sure where to find good images, there are a number of free sources online, such as Unsplash and Pexels.

The headline is one of the most important elements of any ad, and it's especially important for native ads. You'll want to craft a headline that's both attention-grabbing and relevant to your audience.

You would want to use different headlines for different types of ads. For example, a headline for a Sponsored Story might be "A Brand You Can Trust" while a Paid Search ad might have the headline "Low Prices on Top Brands".

There are different marketing principles that you can follow when creating ad headlines. We've written comprehensive guides on most of them, such as:

No matter what you do, always test your ads before launching them. This will help you determine which ones are the most effective and generate the best results.

There are a number of different ways to test your ads, including using different parts of the ad copy. You can also test different placements and see which ones generate the most clicks or conversions. Use A/B testing to determine which headlines, images, and copy generate the best results.

You may also want to experiment with different native ad formats to find the one that works best for your goals. The more you test, the better your results will be.

7. Measure the results and optimize accordingly.

Once you've started running your ads, it's important to measure the results and see how they're performing. This will help you determine which ones are generating the most clicks or conversions, and you can then optimize them accordingly.

There are a number of different ways to measure the results of your ads, including using Google Analytics or Brax's analytics tools. Brax's platform also offers a variety of optimization options that you can use to improve your results.

8. Keep track of your competition.

Keep an eye on your competition and see what type of native ads they're using. This will help you determine which types of ads are working best for them, and you can then adapt your strategy accordingly.

You can use various online tools to track your competition, including Google Alerts, SocialMention, and BuzzSumo.

You can also use various native ads spy tools to easily find how your competitor is promoting their product or service through native ads. We recommend using AdPlexity or Anstrex, but you can find a whole lot more in this article.

Banner blindness and ad fatigue are two of the biggest problems that marketers face when trying to promote their products or services. These issues can be especially challenging when it comes to digital marketing, where ads are often ignored or blocked. However, there are a number of ways that you can overcome these obstacles and generate more sales through native advertising.

In this article, we've provided a comprehensive guide on how to use native advertising to overcome banner blindness and ad fatigue. We've also included eight tips that will help you create successful ads that stand out from the competition.

So what are you waiting for? Start using native advertising today and see the results for yourself!